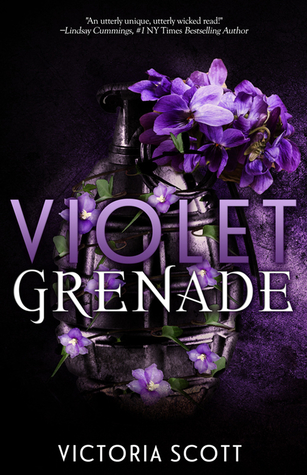 Her name is Domino Ray.

But the voice inside her head has a different name.

When Madam Karina finds Domino in an alleyway, she offers her a position at her girls’ home in secluded West Texas. With no alternatives and an agenda of her own, Domino accepts. It isn’t long before she is fighting her way up the ranks to gain the madam’s approval…and falling for Cain, the mysterious boy living in the basement.

But the madam has horrible secrets. So do the girls in the house. So does Cain.

Escaping is harder than Domino expects, though, because the madam doesn’t like to lose inventory. But then, Madam Karina doesn’t know about the danger living inside Domino’s mind. 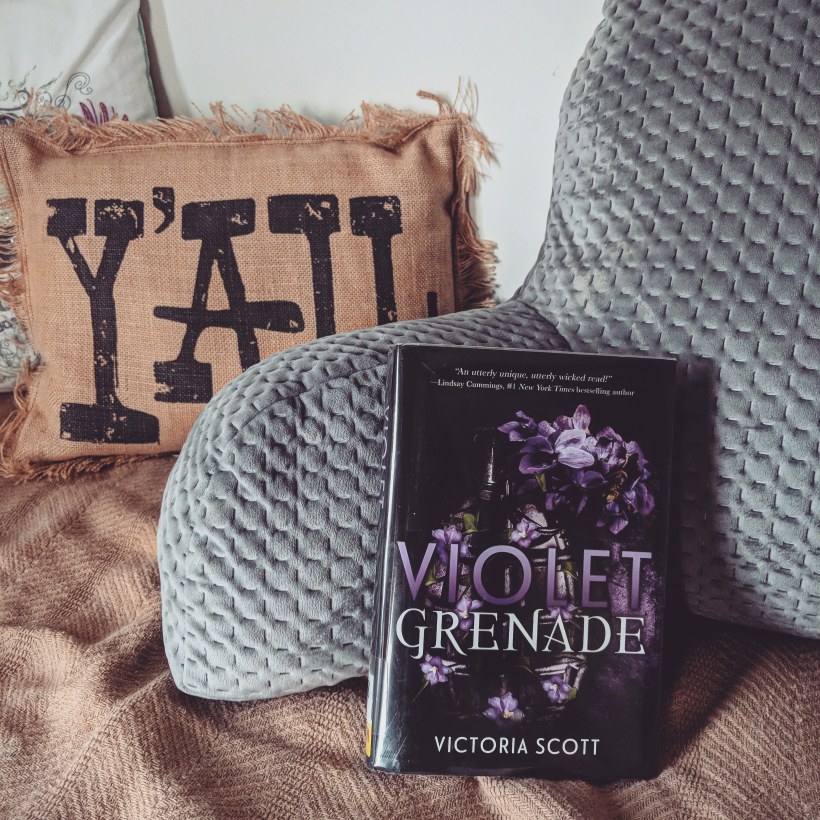 All I can say is that I was VERY impressed by this book. It was riveting and damn near impossible to put down. It isn’t often that I can honestly describe a book as truly unique, but this odd little book really was like nothing I have read before. All I know is that I was all about it as I was reading.

Whether it was the little snippets of info that dropped ever so slowly that had me itching for more, Domino’s kickass character, the supporting characters I grew to love (Cain 😍, Poppet, and Wilson!), or simply Victoria Scott’s incredible writing style, I could not have asked for more from a novel.

A Wearle of dragons set out on an expedition from their home planet and was never heard from again. Now, a new Wearle determined to find the first has come to the place its creatures call Erth. Gabrial, who still has the blue scales of a young dragon, is eager to prove himself and find his missing father. But when Gabrial causes a terribl accident that results in a baby dragon going missing, he’ll have to prove himself worth of remaining with the Wearle at all.

The New York Times bestselling author of the Last Dragon Chronicles, Chris d’Lacey, sweeps readers off on an epic fantasy adventure bursting with majestic creatures and one boy with the heart of a dragon. 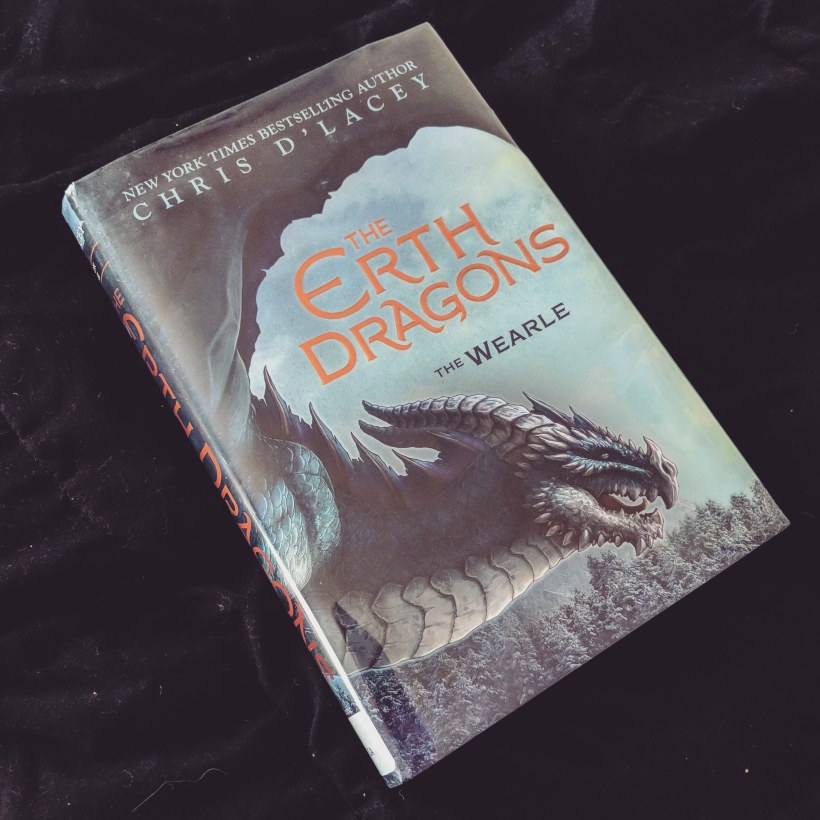 I wish I could say that I enjoyed this book more than I did. I was in the mood to read a fantasy, so what better to read than a book about dragons? I hesitate to say that this book was “bad” in any way–I think, truthfully, the fault is my own. As I was reading, I felt like I was picking up a story that was already in the middle. I felt like it was lacking world development. But I think what it comes down to is that I think I picked the wrong d’Lacey book to start with.

I certainly didn’t hate my time with this book–I did like it. There was just a lot of times where I felt like I was missing something. And maybe I was…from what I gather, these books are set in an already established universe, so maybe there’s more world building in other books. I would still like to read more from d’Lacey, but maybe I’ll try a different series before continuing on with this one.

At any rate, even though I didn’t love this, there are plenty of readers who do. And let’s be real, any dragon story has got to be an adventure to read! Here’s to hoping I can still fall in love with this beloved author’s books!

Britain is in a state of uneasy peace. Northumbria’s Viking ruler, Sigtryggr, and Mercia’s Saxon queen, Æthelflaed, have agreed on a truce. And so England’s greatest warrior, Uhtred of Bebbanburg, at last has the chance to take back the land his traitorous uncle stole from him so many years ago–and which his scheming cousin still occupies.

But fate is inexorable, and the enemies Uhtred has made and the oaths he has sworn conspire to distract him from his dream of recapturing his home. New enemies enter into the fight for England’s kingdoms: the redoubtable Constantin of Scotland seizes an opportunity for conquest and leads his armies south. Britain’s precarious peace threatens to turn into a war of annihilation. Yet Uhtred is determined that nothing–neither the new adversaries nor the old foes who combine against him–will keep him from his birthright. 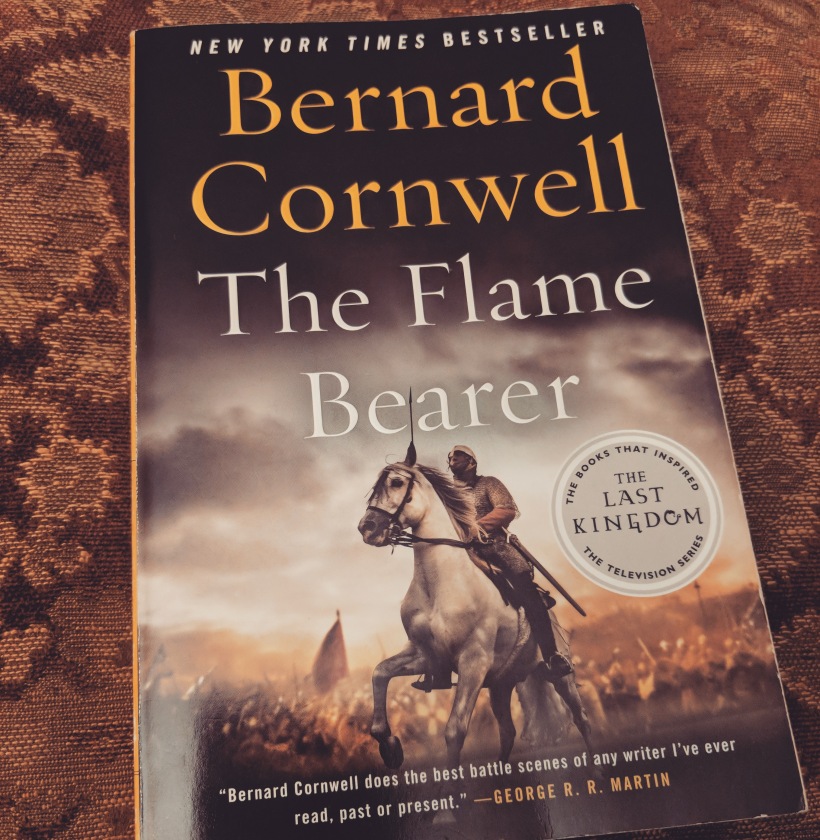 And just like that, I’m all out of Uhtred stories, which makes me so very sad. Once again, I am at a loss to say which of these books has been my favorite because I have loved each and every one. I hate to sound so cliche, but after ending this series (or rather, catching up with this series), I feel like I’ve lost some friends. I’m glad I only have to wait until this fall for the next installment. I will be counting down the days, that’s for sure.

This series, including this book, has been so much fun to read and I have loved reading these books along with my husband. There are twists and turns, battle scenes, valor, glory, wit, humor, and theology, among much more. We always had something to talk about. There was rarely a dull moment–it was so hard to put these down.

With this book, in particular, I was glad to see that this will not be the end of Uhtred’s story, like I thought it might be. Usually once a character reaches their goal, it seems like there isn’t a point to continue the story beyond that. But I’m glad to hear that we are not done with Uhtred yet. I cannot reiterate enough times–this is one of THE BEST book series I have EVER read. As long as Bernard Cornwell keeps writing Uhtred’s story, I will keep reading along. I cannot recommend these books highly enough.